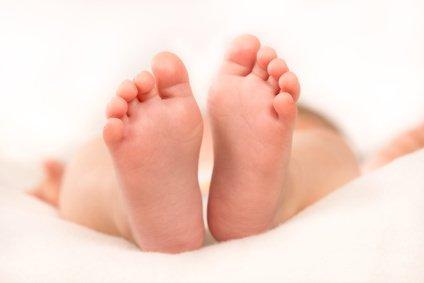 So, we might have all heard about reflexology, but how many people actually know what it is, or where it came from?

Well, let me tell you more …… Reflexology is an ancient healing technique dating back 5,000 years (so I’d like to think most of you know a little bit about it – if not, where have you been for the last few thousand years?!)

It has origins in China and Egypt, where pressure therapies were recognised to help prevent disease. The oldest evidence of reflexology is a wall painting in the tomb of an Egyptian physician ‘Ankmahor’ at Saqqara, dated around 2500-2300 BC.

In 1898, Sir Henry Head, discovered zones on the skin which became hypersensitive to pressure when an organ connected by nerves to the skin region, was diseased. After years of clinical research, he established what became known as ‘Heads Zones’ or ‘Zones of Hyperalgesia’. 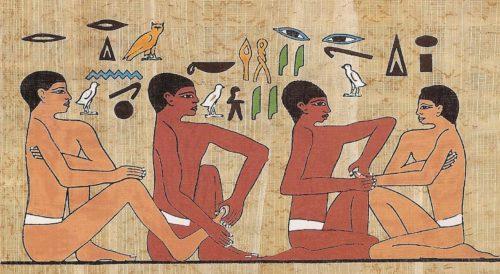 In 1870, Ivan Sechenov, the founder of Russian physiology and cerebral inhibition of spinal reflexes, published an article titled ‘Who Must Investigate the Problems of Psychology and How?’ At the same time Ivan Pavlov, developed the theory of conditioned reflexes – namely that there is a simple and direct relationship between a stimulus and a response.

In Germany, during the late 1890’s, early 1900’s, massage techniques were developed and became known as ‘reflex massage’. It is believed they were the first to apply massage to ‘reflex zones’.

In 1893, Dr Alfons Cornelius suffered an infection and as part of his convalescence, he received daily massage, during which he noticed that one particular therapist worked longer on painful areas with effective results. He instructed his therapist to work in this way which led to his full recovery within four weeks. He pursued the use of pressure techniques in his own medical practice and in 1902 published a manuscript ‘Pressure Points, The Origin and Significance’.

Dr Fitzgerald, a physician at the Boston City Hospital and a laryngologist at St Francis Hospital in Hartford, Connecticut, was studying in Vienna when he discovered the work of Dr Bressler, who had been investigating the possibility of treating organs with pressure points. Fitzgerald continued his research, as head physician at the Hospital for Diseases of the Ear, Nose and Throat in Hartford, Connecticut. Whilst testing his theories on his patients, he found that if pressure was applied on the fingers, it created a local anaesthetic effect on the hand, arm and shoulder, right up to the jaw, face and nose. He divided the body into zones, establishing ten equal, longitudinal zones running the length of the body from the top of the head to the tip of the toes. The theory is that parts of the body found within a certain zone will be linked with another by the energy flow within the zone and can therefore affect one another.

In 1917, the combined work of Fitzgerald and his colleague, Dr Bowers, was published in the book ‘Zone Therapy’. The medical profession did not enthusiastically receive the book, however, one Physician, Dr Joseph Shelby Riley was intrigued.

Riley and his wife, Elizabeth refined the techniques and used them in their practice. Riley added eight horizontal divisions to Fitzgerald’s longitudinal zones and made the first detailed diagrams of the reflex points located in the feet. He wrote four books in which large portions were devoted to zone therapy. Although Fitzgerald, Bowers and Riley developed zone therapy, it was Riley’s assistant, Eunice Ingham, who made the greatest contribution to the establishment of modern Reflexology. 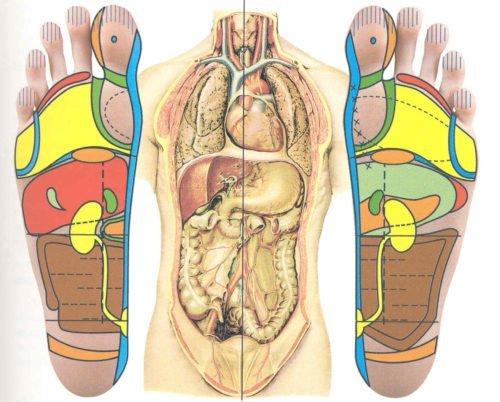 Eunice used zone therapy in her work as a physiotherapist but, felt that the feet should be specifically targeted because of their highly sensitive nature. She charted the feet in relation to the zones and their effects on the rest of the anatomy until she had evolved on the feet themselves, a map of the entire body. She travelled for over thirty years to teach the public and non-medical community the techniques needed in order for them to help themselves.

In 1938 Ingham, wrote ‘Stories the Feet Can Tell’ and in 1963, ‘Stores the Feet Have Told’. Today, her legacy continues under the direction of her nephew, Dwight Byers, who runs the International Institute of Reflexology.

And so, now calling all mums and dads, to learn this ancient healing technique to help soothe and calm their babies in a safe, easy to learn, effective way, which may help with sleeping, colic, teething, digestion plus other baby related conditions. It can also enhance the natural bond between parent and child. The skills last a lifetime and can be continued as the child grows. It really is as easy, as ABC!

Please visit my Therapy Training page or contact me to find out more….