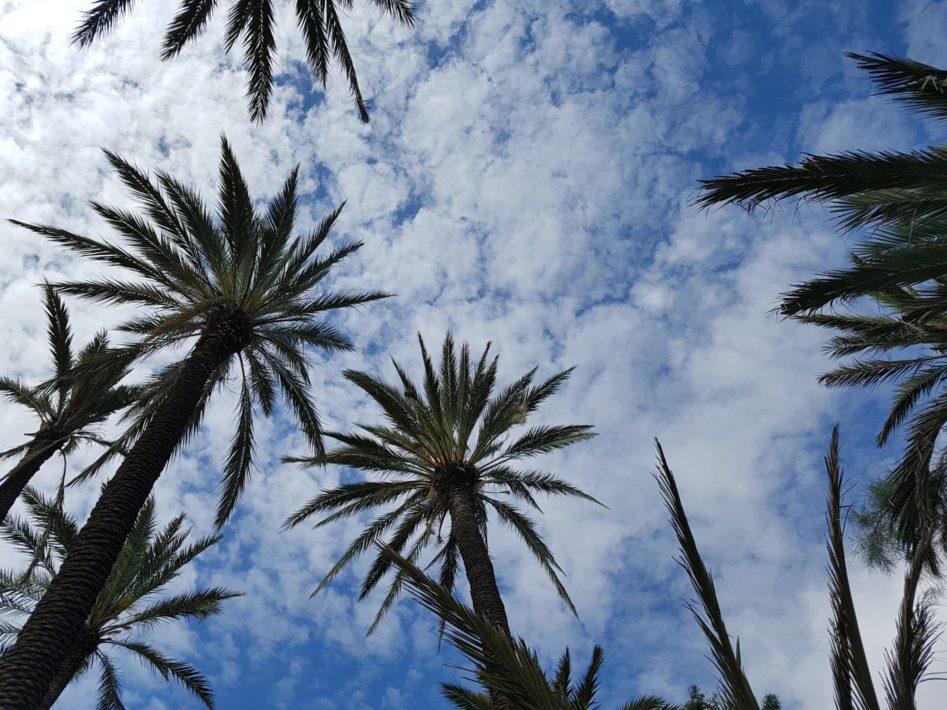 Normally I like to know exactly where I’m going, and what to expect when I arrive at my destination; so it was with a small amount of nervousness, that I took a walk from my hotel, without knowing where I would end up.

Unfamiliar with the area, I headed off in a direction that I thought would take me to the local town. After a hearty breakfast, I took my trusty map, which unknown to me at the time would prove to be not quite so trusty, as it turned out I was several kilometres off the edge of the map; I turned left from the hotel. There was not much to see, so I just walked (or stomped) in a straight line, with the hundreds of cars whizzing past, spilling out their nasty fumes, and longingly looking at the mountains in the far distance; a distance too far for me to walk to that day. I must have walked for some 15 minutes, after which, with a simple turn of my head, 90 degrees to the left, I became aware I was walking parallel to a beautiful tropical garden. So, with a full body turn to the left, I walked through the gates into the garden, and arrived in paradise. A truly magical garden lay before me.

I was met with sun-bathing cats, beautiful butterflies, blossoming flowers, succulent cactus, a local group of people practising tai chi in an open-sided temple, playful children, small boats afloat beneath cascading waterfalls, bird singing in the towering trees, and locals enjoying the tennis court, coffee shop, outside gym, and early morning strollers and joggers nipping in and out of dabbled sun rays. 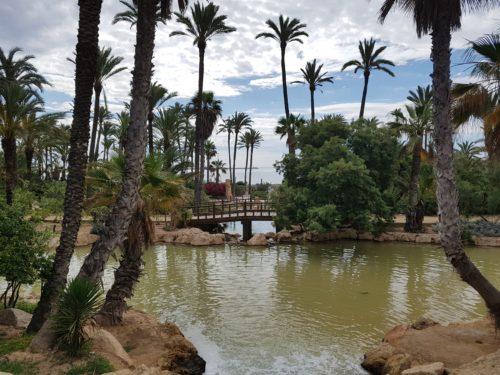 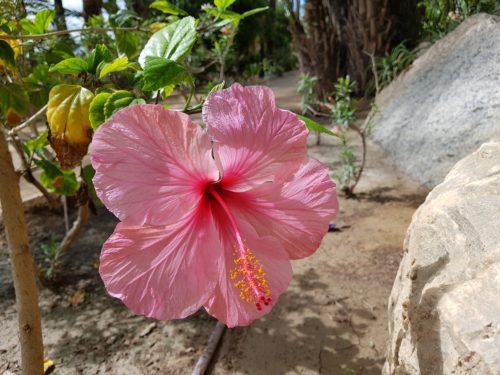 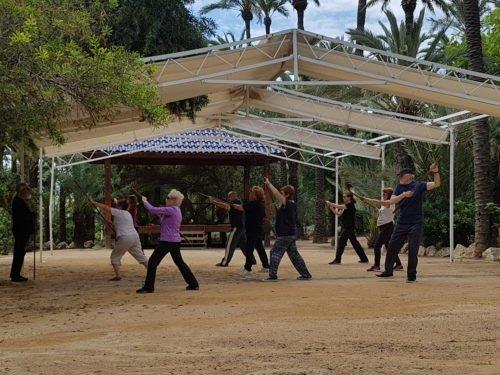 Like Alice in Wonderland, I weaved in and out of the overlapping paths, as they ducked and dived into the sun and then back into the shade – I walked the path along-side the temple, where the tai chi had previously taken place on my first lap of the park. Everything was back to stillness. The people had disappeared. If I had not walked the same path a few minutes previously I would not have even know that they had even been there – I considered myself lucky to have had the opportunity to share that special moment with the local residents of Alicante. They all looks so serene as they went about marrying their movement with their breath under the instruction of their teacher.

Taking some time out from my stroll, I decided to stop and read my book on one of the park benches. As I stopped, I felt a sense of gratitude for putting on my trainers that morning, rather than my flip flops, as they allowed me to really enjoy the walk. I was overcome by a further sense of gratitude for the noisy, rude stag party on the previous night’s flight into Alicante (although last night I had been filled with anxiety, anger and if I’m honest a little bit of fear). When I had tried to read my book on the plane, I had found it too hard to focus, but this morning, connecting with the sights, sounds and smells of the surrounding nature, I quieted my mind, lengthened my breath and felt all tension melt away as gratitude and compassion seeped into my heart and then my whole body. I continued to read my book with a deep sense of peace and contentment. I marvelled at the contrast of the two experiences.

I also reflected on the contrast between the garden and the dry, dusty dual carriage way, just a nano-second away. A dual carriage way to my right, a tropical garden to my left. Which direction would you have looked in? Which path would you have travelled?  Straight ahead, without detour or deviation? Or small, inquisitive glances left and right, checking out all opportunities present; reviewing all options with eyes wide open?

I was in complete amazement, that I had very nearly missed the garden and all its beauty.

A lesson to myself, to keep my eyes, ears and heart open. Absorb all sights, sounds and thoughts with hunger and breathe in, every last drop of opportunity.

From there on in, I decided to let the universe guide me – Open my mind and heart, and trust all that will find equilibrium in my world. Life can take unexpected twists and turns. Go with the flow and trust the universe will deliver what, and where, you are meant to be. A true lesson in how to enjoy the journey and just not the destination….. the rest of my time in Spain was as magical as the first few hours I spent in Alicante that morning, when destination was most certainly ‘unknown’. 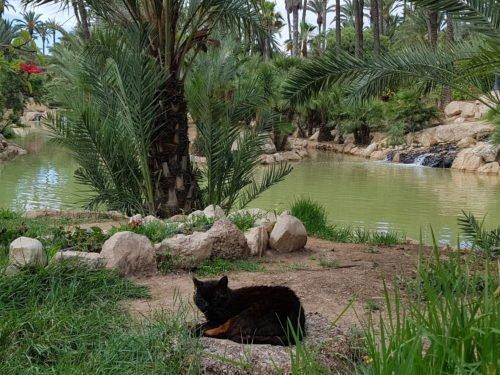